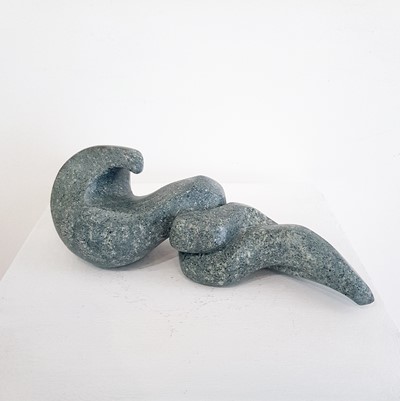 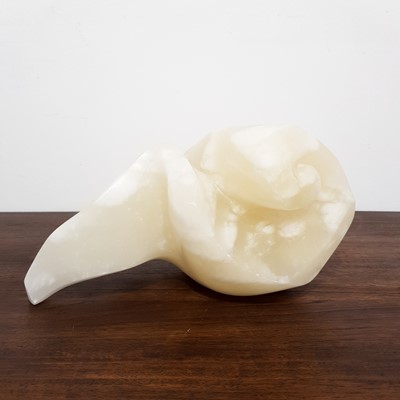 The Soft Sound of Your Breath - Alabaster

"Into the Sweet Night" - Alabaster and charred wood plinth

After a move to the Highlands from Essex, I established Gramarye Studio, a small craft business working in handmade paper, papier mache and printmaking. The business was closed in 2006 in order to retrain in sculpture and stone carving.

Coomber's work is moving away from ‘static’ forms towards shapes that flow like water and wind, influenced by the wild Highland weather – Ann loves to make the stone ‘move’.

'The Trees are Whispering' is inspired by, and contains a memory of, a quiet early morning walk in the woods at Inverewe Garden where Ann had her residency in 2019.

'The Soft Sound of Your Breath' remembers the nights listening to a loved one and feeling safe.