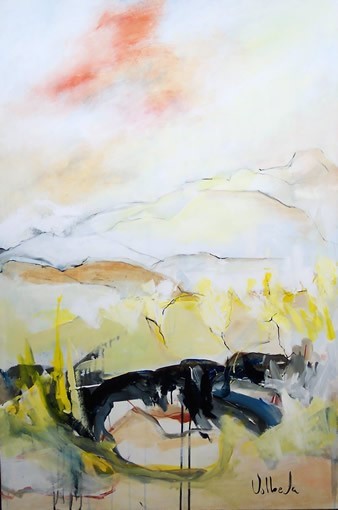 Graduated in 1982 having been awarded the 's-Hertogenbosch city prize for his objects, paintings, an architectural design plan and an extended essay about Land-art.

In the years following his graduation Jac focused fully on his painting activities, resulting in commissions by private buyers, businesses and public sector organisations.

The inspiration that landscapes provide him with is transferred to the canvas in a robust and expressive style. Both the overpowering impact of the rugged Scottish scenery as well as the intriguing Tuscan landscapes are portrayed in wild vigorous gestures. However, if you examine the evocativeness of the paintings more closely, you will discover a multiplicity of shades of colour and subtle outlines.